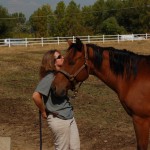 I helped facilitate a leadership program at Medicine Horse Program in Boulder, CO earlier this month. Nearly 20 people came to learn from the horses at the ranch.

We started the morning with a mindfulness walk. Lead rope in hand, horse to follow. What were you present to as this 1,000 pound animal walked beside you? What smells and sounds surrounded you?  When they wanted to stop to munch on some grass, did you ask who was leading who? How was it to walk between the animal and the fence? Were you always dominant? Were you ever?

As the horses entered the arena they immediately started to establish their own hierarchy. We watched as the small herd of six interacted. Bram, the largest horse, quickly and clearly became the boss.  His stately posture made it obvious to both horse and human that he would say what went on there in that arena.

A small hunk of hay was put into the middle of the herd. Ah, how the personalities came out!  Frankie was the only horse not afraid of big Bram. He stepped right up to the hay and helped himself. The others, however, were not as bold. They circled the scene as they salivated for the food. As the scene calmed, some rolled, some paced, others ate.

One by one, the stronger personalities were led out of the arena and back to their stalls. The leadership shifted to the less dominant of the larger group.  The humans speculated as to what each horse was thinking. Stories of secret alignments, submission, playfulness and greed were told. “Pebbles just sat back knowing she wouldn’t get any hay. But Frankie had no fear and bellied on up to Bram like nobody’s business. He was Bram’s second in command.” I wonder what the horses were thinking as they were watching us watch them.

As participants gathered to discuss their learnings from the day, it was interesting to hear what behaviors were observed. Interpretations of those behaviors were even more fascinating. Tales of leadership would leave the barn and follow them into their companies, families and schools.

What would you see in the horses? 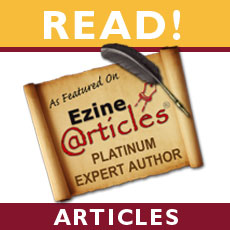